The TRUE OLDIES CHANNEL is a 24/7/365 STREAMING MUSIC STATION dedicated to honoring the greatest Rock & Roll music ever recorded, with a spotlight on the greatest hits from the 60’s and 70’s, plus a few tossed in from the 80’s. The TRUE OLDIES CHANNEL is programmed and hosted by legendary dee-jay and Rock & Roll Hall of Famer, Scott Shannon. We don’t play the same 200 oldies over and over and over. We’ve got THOUSANDS of DIFFERENT SONGS on CD, LP’s, and 45’s in our HUGE OLDIES LIBRARY, and we like to play ’em all! Of course you’ll hear The Beatles, The Beach Boys, Elvis, The Rolling Stones, The 4 Seasons, Buddy Holly, Otis Redding, Wilson Pickett & all the hits from Motown, but you will also hear Roy Orbison, Brenda Lee, Rick Nelson, The Everly Brothers, Gary U.S. Bonds, The Ventures, Plenty of “one-hit wonders,” and even some forgotten 45’s!

For more free ways to listen to the TRUE OLDIES CHANNEL

Having difficulties tuning in?

Email the Engineer at Support@TrueOldiesChannel.com
Please let him know what device you’re using to listen and he’ll do his best to fix the problem.

Got something to say to the dee-jay?

Just shoot him an email at Scott@TrueOldiesChannel.com  or fill out the form below: 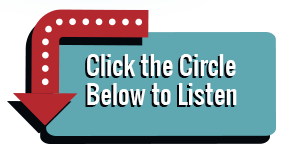 Connect with Scott on Social